MCT: A Guide to the Fat That Helps You Lose Weight 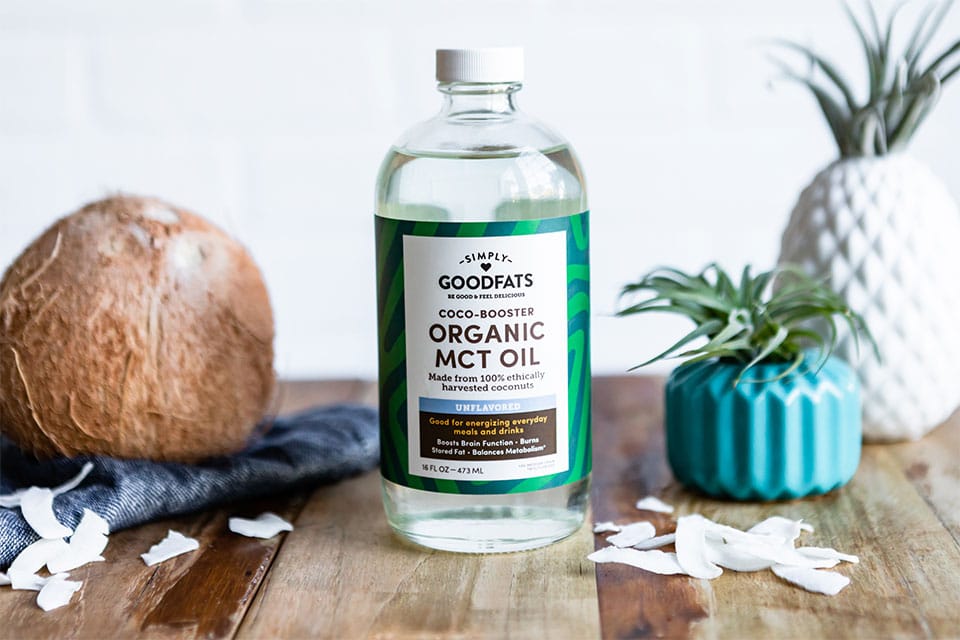 MCT is a medium chain triglyceride (a form of a saturated fatty acid) that travels to the liver and is less likely to turn to body fat because they are efficiently turned to energy for the body.[*][*] MCT oil has become one of my favorite parts of a ketogenic diet because of its fat-burning qualities and it’s so easily digested. That’s how I make salad dressings and I drink my morning coffee—with a spoonful of creamy MCT oil. MCT has been shown to have many health benefits. It can play a key role in heart and brain health, as well as promote weight loss and improve exercise performance.

What is MCT and MCT Oil?

MCT stands for medium chain triglyceride. They’re also called MCFAs (medium chain fatty acids). Now, you have likely heard of triglycerides, in terms of showing up on blood tests (as a marker of how much fat is in your blood). Triglyceride is a technical term for fat. They have two purposes: To be transported into cells and be burned for energy or to be stored as fat.

As you might guess, the word “medium” refers to length, compared to long chain triglycerides. All triglycerides are made of a glycerol backbone and three fatty acids. MCTs have 6 to 12 carbon atoms in their tails, and the shorter chains are what allows them to be broken down and absorbed quickly (which is the main benefit of them).

There are four main types of MCTs (the C stands for the number of carbon):

Now, MCT is believed to be largely missing from the “standard Western” diets. That’s because it’s mostly found in coconut and palm kernel oil.[*][*]

MCT oil is highly concentrated source of medium-chain triglycerides, which is conventionally man-made through a process called fractionation.[*] In coconut oil, this happens by heating the oil above its melting point. Then, it’s left to cool and the solid part of the oil is separated from the liquid. MCT oils generally contain either 100% caprylic acid (C8), 100% capric acid (C10) or a combination of the two. Some argue MCT oil is better than coconut oil because caprylic acid (C8) and capric acid (C10) are thought to be more rapidly absorbed and processed for energy than lauric acid (C12).

When I first started looking at MCT oil, I was horrified about it’s typically made—with tons of solvents. That’s why the MCT oil we make has pure oils and fresh coconuts from the rainforests of southeast Asia. To ensure freshness, our coconuts are ethically harvested, sorted by hand, and processed close to the source. In addition, we cold-press coconuts during extraction to ensure the freshness is preserved from rainforest to home, and our MCT oil never touches chemicals or harsh solvents.

MCTs, unlike long chain triglycerides, go right to the liver from the bloodstream. In this process, they can get shuttled into your cells’ power plant, called the mitochondria, to be used for fuel or to burn. Because of this efficiency, it means more energy for you—and better fat-burning ability.[*]

That’s a much simpler process than what happens with long chain triglycerides, which get put through a biological gauntlet of sorts. They first get broken apart into free fatty acids and glycerol, then they have to travel through your lymphatic system, then your bloodstream, and then to your liver for further processing before being used or stored. And in some cases, such as if your insulin is low, you need help (in the form of carnitine) to get the fatty acids into the mitochondria. To boot, because it’s such a complicated process, many roadblocks can make this complex process even more complicated.[*]

What does that mean to you? Ultimately, MCTs are less likely to be stored as fat because the calories contained in MCTs are more efficiently turned into energy and used by the body.

Whether your goal is to lose body fat or improve your overall health and longevity, I’m sure you will find benefits to MCT the way I have. These are some of the major ones:

One of the benefits of MCT oil: It has 10 percent fewer calories than long chain triglycerides.[*][*] Studies have shown that MCT can have a positive effect on weight loss. For example, one study showed that people taking two tablespoons of MCT oil as part of their breakfast ended up eating less food for lunch compared to those taking coconut oil.[*] Another study showed that a diet rich in MCT led to greater loss in body fat in people who were overweight.[*][*] One of the reasons: MCT may trigger the release of satiety signals and hormones, such as leptin, that helps promote the feeling of fullness and ultimately has an effect on body weight.[*]

One study showed that athletes who took 6 grams or about 1.5 teaspoons of MCTs with food before cycling had lower lactate levels and found it easier to exercise, compared to those taking LCTs.[*] And a study published in the journal Cell Metabolism concluded that supplying ketones directly led to longer performance with less muscle pain in endurance athletes. [*]

In a study of 24 obese men who took MCT with flaxseed oil and phytosterols for a month, their total cholesterol concentration decreased by 12.5 percent and LDL cholesterol lowered by 13.9 percent.[*] In addition, they raised levels of their healthy HDL cholesterol.[*][*][*] And some research has some that MCTs can play a role in reducing inflammatory markers, which all play a role in inflammation (which increases the risk of heart issues).[*]

The medium chain triglyceride MCT goes straight to the liver from the gut, because they are shorter than long chain triglycerides.[*] That means they are turned into ketones—an instant source of energy produced by the breakdown of large amounts of fat. Here’s the cool part: Ketones can cross the blood-brain barrier to provide fuel to the brain, rather than rely on glucose.[*][*] So some research has shown that MCT has a positive effect on reducing seizures.[*][*][*] Studies have also shown that 20 to 70 grams of supplemental MCTs, that include caprylic acid or capric acid, can improve the symptoms of age-related cognitive decline.[*] It may work through the ketones that block protein receptors that cause memory loss.[*][*]

Some research has been shown to have an effect on improving the health of the gut through decreasing intestinal inflammation and influencing the health of gut bacteria.[25] And it’s also thought to have some role in helping to kill various viruses or fungi that can be harmful to the body.[*][*][*]

MCTs can be converted into ketones, which are produced from the breakdown of fat when carb intake is low. Taking MCT oil can help those in the ketogenic diet stay in the fat-burning state known as ketosis. The good news is that a medium-chain fatty acid will still increase ketone production with low carnitine levels (the fatty acid transporter in our mitochondria’s membrane) because they don’t need the transporter at all, so MCTs enter our mitochondria—the power plants of our cells—regardless of the environment.

Then you transport the medium-chain fatty acids directly through your bloodstream to your liver attached to your taxicab blood protein albumin. This allows you to bypass your lymphatic system and cholesterol carriers altogether. When they get to a mitochondrion, MCTs don’t need carnitine to get across the membrane and into the engine. They are burned preferentially, before other fatty fuels.

How Do I Choose MCT Oil?

Always consume a high-quality and whole food MCT oil. An MCT oil grown and processed conventionally (which is about 80 percent of them) could have traces of toxins, mold, or heavy metals due to chemical extraction or lack of safety testing. Find out where your MCT oil is sourced, manufactured, and how it is processed. You want to look for pure, cold-pressed, and non-GMO coconut-based oil that is extracted and purified with enzymes, not harsh chemicals.

High doses of MCTs can increase amounts of fats in the liver. One study in mice found that a diet where half of the fats were from MCT increased liver fat.[*] As always, medical advice on specific dosages should be directed to your doctor.

How Do I Take MCT Oil?

Studies have shown positive effects at 30 grams of additional MCT oil per day.[*][*] That’s about 6 teaspoons at 5 grams each. Start with low amounts, go slow, and note how you feel as you increase. Make sure that the MCT oil is part of your total fat intake, no matter what types of fat, not additional. So include it on top of any coconut or palm oil you may be having. Some ways to include it in your diet:

Foods with saturated fats that that can be a great source of MCTs:

By the spoonful: Mix it into smoothies, shakes, sauces, teas, or bulletproof coffee for quick, reliable source of energy. Or bake it into a delicious fat-friendly cookie for a less intense, longer duration spike in ketone production, which is one of the benefits of MCT oil. I love the effect it has had to help keep my blood sugar levels even.

Salad Dressings: Some people may like to lean on olive oil, but I love adding Organic MCT Oil to my salad dressings as an easy way to sneak in more of these healthy fats. Look for MCT oil that is made through a gentle enzymatic process that purifies and concentrates the valuable fats your brain and body crave.

Delicious and convenient way to get the good fats your brain and body crave every day. Made with fresh, pure coconut and vanilla, take it by the spoonful to fire up brain cells, burn stored fat, spark your metabolism and calm cravings. Pour or drizzle on food, or blend into shakes and smoothies*