A Complete Guide to Resveratrol: The Secret Weapon to Slow Aging 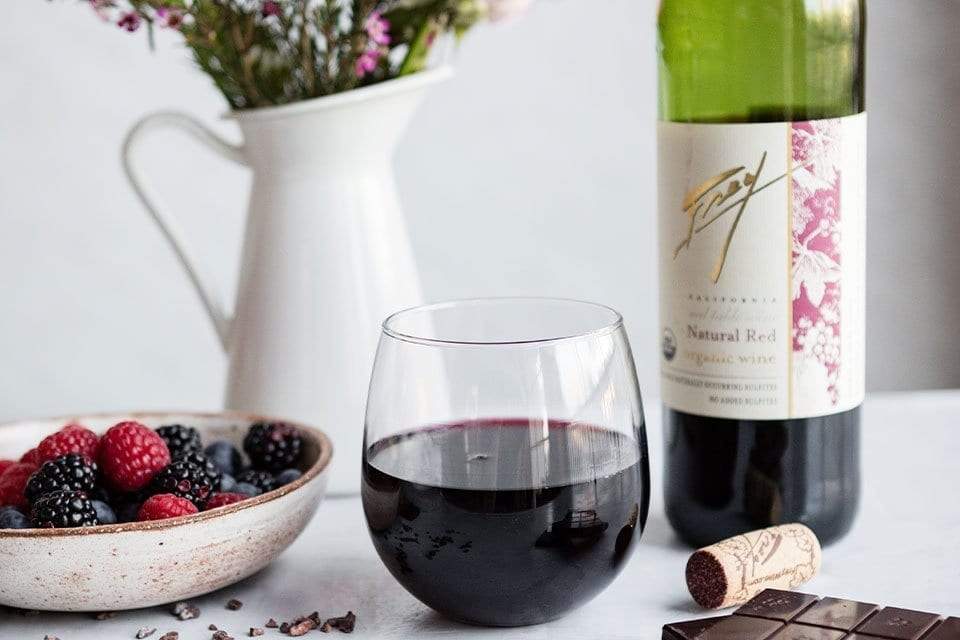 Resveratrol—a natural polyphenol that is found in wine, berries, and cocoa—has been shown to be effective as an anti-aging supplement.[*] Now, I know that red wine and dark chocolate may be your go-to treats for romantic dinners or evenings curled up on the couch, but these foods are more than just palate pleasers. They also have nutritional and biological power. That’s because they contain one of my favorite Powerphenols—trans-resveratrol, which has been shown to slow down aging through its ability to prevent damage to your cells. It does this, in part, by activating your longevity gene—to fight against damaging oxidation that occurs through lifestyle, environmental, and aging factors.

I became enamored with the health benefits of resveratrol and resveratrol supplements many years ago—not because it just so happened to come in nature’s seductive sources such as wine and chocolate, but because of how it could repair and rejuvenate the body from the inside out.

This potential to act as one of the body’s most important shields against aging—to ward off combat age-related health problems, strengthen your heart, and to promote a healthy inflammatory response —is why resveratrol can help you in your quest to stay youthful, energetic, and healthy in all areas of your life.

Resveratrol is a naturally occurring polyphenol (“phenols” are ring-like structures found in nature; “poly” means there’s many of them that are connected to create a substance).[*] These chemicals have a biological purpose, but they’re also responsible for vibrant colors and bitter tastes. So it won’t be a surprise that these chemicals are found in fruits like blueberries, blackberries, and grapes, as well as cocoa/dark chocolate, and even peanuts.[*]

The resveratrol content in wine comes mainly from the grapes—specifically the skin, the short stem (called the petiole), and the woody parts.[*]

Pinot Noir and St. Laurent grape varieties boast the highest levels of resveratrol. But here’s the catch: While resveratrol, which is a fat-soluble compound, is well absorbed in people, the levels from wine that could actually make a difference are low because it is quickly metabolized and eliminated.[*]

If you think of resveratrol as a chemical "superhero", one of its most important talents is that it works as an antioxidant.[*] Now, you’ve likely heard the word antioxidant and you know that it’s a good thing, but here’s why: Antioxidants serve the purpose of cleaning up the hooligans from your biological streets. As part of the natural act of living, your body produces a certain amount of waste, gunk, and biological trash that you no longer need. Consider it a byproduct of life.

Cells and systems do their work, and in the process, they produce waste that comes from their hard work. Think of exhaust from a car or steam from a factory or even sweat from your pores. They’re the price of doing your biological business.

These byproducts can come in the form of free radicals—the body’s rioters and looters, in a way. As a form of waste, they’re on the lookout to latch onto something else in the body—namely some other cell. And when they do that, this oxidation can damage those cells. That damage? You guessed it. Over time, the degradation of cells manifests itself in various forms of aging—the onset of age-related issues, lack of energy, and even the formation of wrinkles.

The antioxidant—and in this case, the polyphenol resveratrol—can swoop in and offset or stop the damage that is caused by free radical. (A free radical forms when an oxygen molecule splits into single atoms; that’s where the word antioxidants come in.)[*]

Resveratrol does have beneficial effects in the body through a variety of mechanisms.

Though resveratrol has been used for 2,000 years (as shown in traditional ayurvedic medicine from India),[*] it didn’t get widespread attention until the 1980s and people started talking about the French Paradox.

You probably have heard the phrase, which refers to this fascinating correlation: Serious heart issues in the French population have been at a moderate level , despite having a fat-rich diet rich and drinking plenty of red wine. Scientists studied the relationship and concluded that resveratrol was the key (sorry, croissants do not contain resveratrol).

Well before this French Paradox made its rounds in medical chatter, researchers were looking at the effects of it—dating back as early as 1939. And in 1963, a Japanese scientist extracted resveratrol from Japanese knotweed (the roots of Japanese knotweed have been used in traditional medicine to treat cardiovascular and liver issues).

In 1982, two Cornell plant scientists found resveratrol in wine, and more recently, two Harvard Medical School scientists showed that resveratrol was linked to increased life spans in yeast, worms, and fruit flies. These researchers noted that a specific class of proteins, known as sirtuins, were responsible for this phenomenon known as “anti-aging.” These proteins act as regulators of the formation of new cells from other cells (which is called mitochondrial biogenesis).

I know that anti-aging can sometimes sound so—oh, I don’t know—big. What does it mean, after all? Does it mean no more wrinkles, does it mean having high energy, does it mean fending off age-related health issues? Yes, yes, and yes. And that’s why resveratrol can be so effective, for its far-reaching impact and many beneficial effects to your health.

Resveratrol has been shown to have a number of beneficial effects when it comes to longevity. For one, it helps activate the longevity gene, allowing your body’s system to better able to fight against cellular damage. And it also has been shown to have a positive effect when it comes to handling issues that are related to aging (such as weight gain). By boosting the activity of your mitochondria (those are the engines that burn fuel in every cell), that helps your body store less fat—and cause less systemic damage because of it. In addition, resveratrol has been shown to reduce telomere dysfunction by inducing maintenance proteins and enzymes. Telomeres are like the caps on the end of our shoelaces, but for our DNA structures. They protect DNA and cell function from damage, but inevitably get shorter naturally as we age. Encouraging research suggests that resveratrol can potentially help protect these end caps from damage, in turn prolonging our life from premature cellular aging.[*]

Research has shown that resveratrol has had a positive effect on a variety of things that can influence the function of the heart. For example, it’s been shown to help reduce levels of bad cholesterol (that’s LDL, the kind that clogs up arteries) and increase the good kind of cholesterol (that’s HDL, the kind that helps clear arteries).[*][*][*] It’s also been shown to reduce vascular inflammation; this anti-inflammatory effect is important because that will keep blood flow at healthy levels and reduce blood pressure.[*] And it’s even been shown to have an antioxidant effect against substances that can damage cardiac muscle cells.[*][*]

Resveratrol has been shown to do things that can improve overall brain health by stimulating the growth and development of neurons and blood vessels in the hippocampus (this is the memory center of the brain).[*] The addition of this new, restructured nervous tissue can possibly increase spatial learning, memory formation, and mood function. [*]

In the United States, metabolic syndrome has been increasing. Metabolic syndrome is a constellation of risk factors—such as obesity, insulin resistance, and hypertension—that raise the possibility of serious health issues.[*] Resveratrol however, has shown exciting promise in having a significant effect on metabolic syndrome and its side effects. A 2019 meta-analysis and review of various research studies around resveratrol has shown to meaningfully reduce body weight, waist circumference, triglycerides, and glucose level in participants who took 500 mg daily for 10 weeks[*] This truly showcases how transformative resveratrol really is to our overall health.

Several studies have suggested that resveratrol can have a positive effect on blood glucose levels. In a review of animal and human studies, resveratrol has been shown to improve insulin sensitivity, glucose tolerance, and lipid profiles.[*][*] Additionally, resveratrol may play a role in a number of other ways, particularly in its role as an antioxidant. By decreasing damage, it protects the insulin-secreting cells of the pancreas, which helps increase insulin when it’s low, as well as decrease it when it’s high.[*][*] In addition, resveratrol activated Sirtuin1, which can increase insulin sensitivity (Sirtuin 1 is down-regulated in cells that have high insulin resistance, suggesting that the molecule is associated with improving insulin sensitivity).[*][*]

The Best Ways to Use Resveratrol

Since it would take multiple squares of dark chocolate (which I don’t recommend) or about 500 glasses of red wine (which I definitely don’t recommend) to make a dent in the dosage required for these beneficial effects, it’s best to take resveratrol as a 250 mg concentrated supplement.

Some things to know: 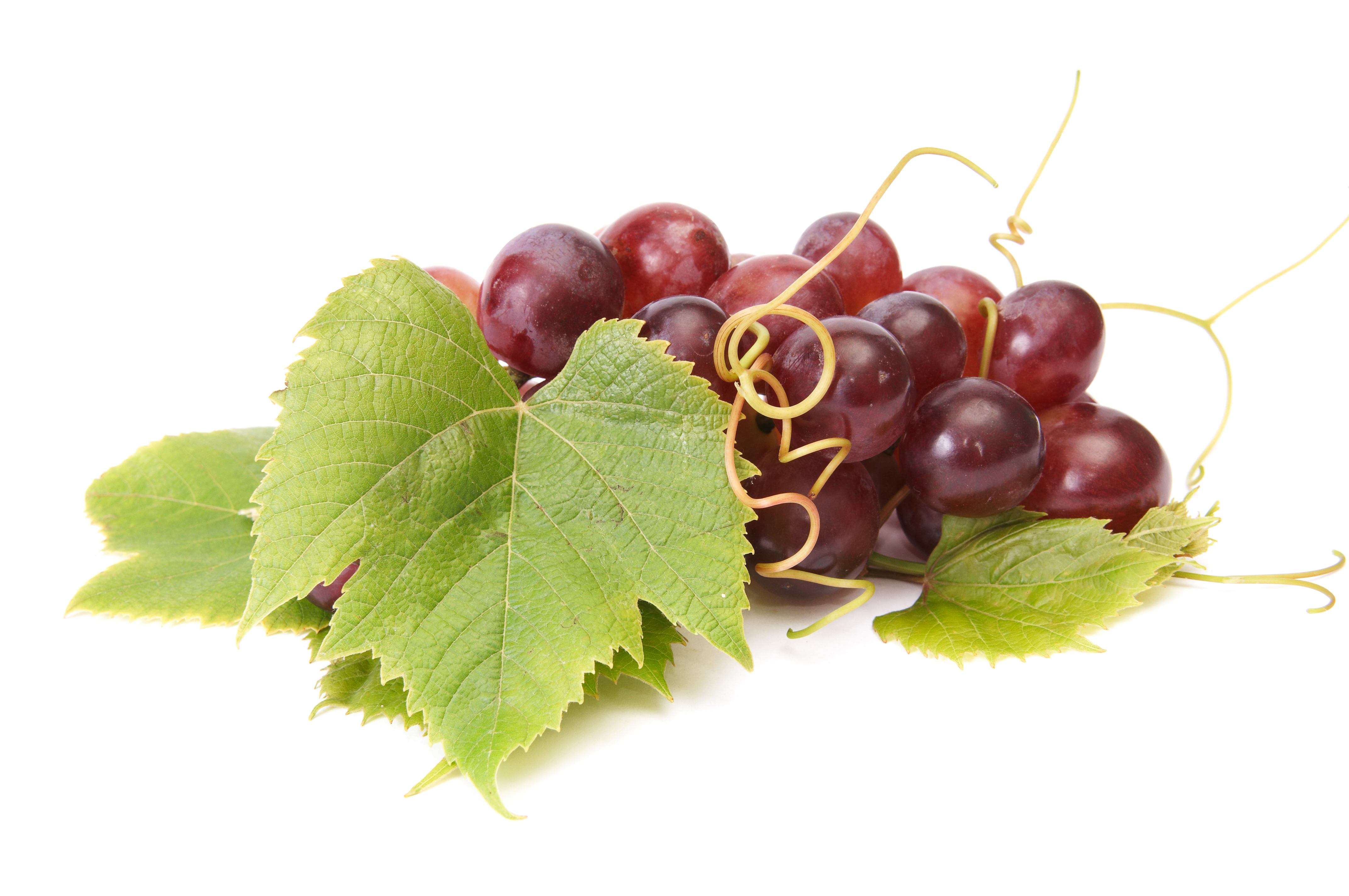 How to choose a Resveratrol supplement:

Features Trans-Resveratrol (500 mg), the healthy polyphenol in red wine which has been scientifically shown to promote cardiovascular health along with other anti-aging benefits.