FREE SHIPPING ON ALL US ORDERS 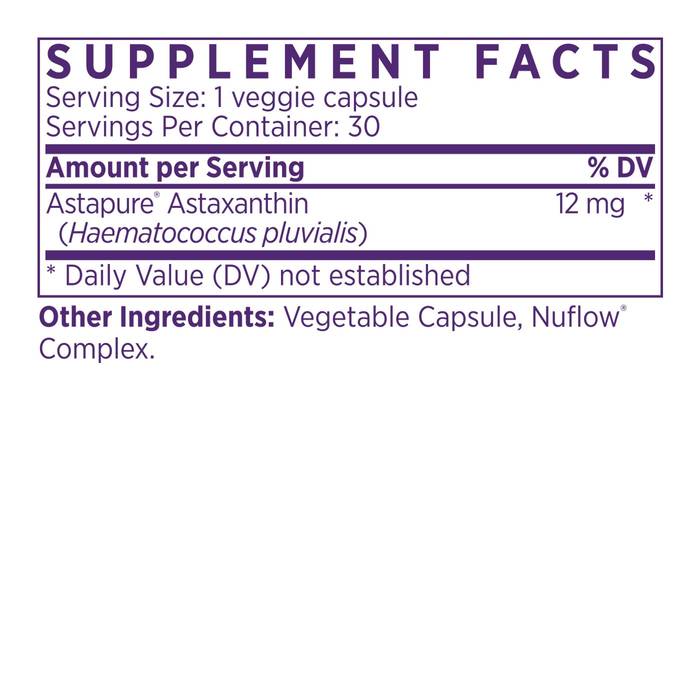 Unlike most water-soluble antioxidants, which simply circulate throughout your bloodstream, astaxanthin is fat-soluble, which means it has the remarkable ability to actually integrate itself into every cell, tissue and organ in your body where it can neutralize health-robbing free radicals.*

Astaxanthin is the best antioxidant on earth at neutralizing the “rusting out” that results from this singlet oxygen oxidation process, and it is dramatically more powerful in this regard than other potent antioxidants.*[1]

Typically, astaxanthin is derived from ocean microalgae, but with all of the toxins being dumped into our oceans these days, this source of astaxanthin simply doesn’t make the grade for our strict standards for purity and potency.

To avoid this, Naomi scoured the globe for the purest, most potent astaxanthin available, and you’ll never guess where she discovered organically grown astaxanthin—in the remote Arava Desert of Israel. Why take an extra-strength 12 mg dose?

When is it best to take Astaxanthin?

You can take astaxanthin any time of day, but because it’s both water and fat soluble, it absorbs into your body better when you take it along with food.*

Why is organic Astaxanthin better?

Typically, astaxanthin is derived from ocean microalgae, but with all of the toxins being dumped into our oceans these days, this source of astaxanthin simply doesn’t make the grade. To avoid this, we scoured the globe for the purest, most potent astaxanthin available, and uncovered organically grown astaxanthin in the hot dry climate of the remote Arava Desert in Israel. Lab tests verify that the organic astaxanthin from the Arava Desert contains particularly high levels of the active compounds that make it such a powerful antioxidant. And because this organic astaxanthin is sourced in the desert, it has no shellfish or other contaminants that can be found in ocean sourced astaxanthin.*

How long does Astaxanthin take to work?

Unlike most antioxidants, astaxanthin is both fat and water-soluble, so it can reach all parts of the cell and get to work almost immediately fighting free radicals and promoting good health. Many clinical research studies on astaxanthin have shown significant health benefits between 8 and 12 weeks.

While our products are gluten free, they are manufactured in a facility that is not gluten free. This is important information for those with celiac disease - not for the general population looking to cut out gluten for general wellness and weight management purposes.

Features Verisol®, an advanced collagen peptide complex which has been clinically shown to decrease the appearance of fine lines and wrinkles by 32% while significantly reducing cellulite in the skin. It has also been clinically shown to promote stronger, smoother, faster-growing nails. Enhanced with Vitamin C and Hyaluronic Acid to promote even skin tone and proper skin hydration.†

Recommended for: All skin types

Definite game changer for both my wife and I. I suffer from arthritis and my wife suffers from stinks is. It reduced the pain to the point we have our lives back. Thank you!!

Great product. I mix in my smoothie every morning!!