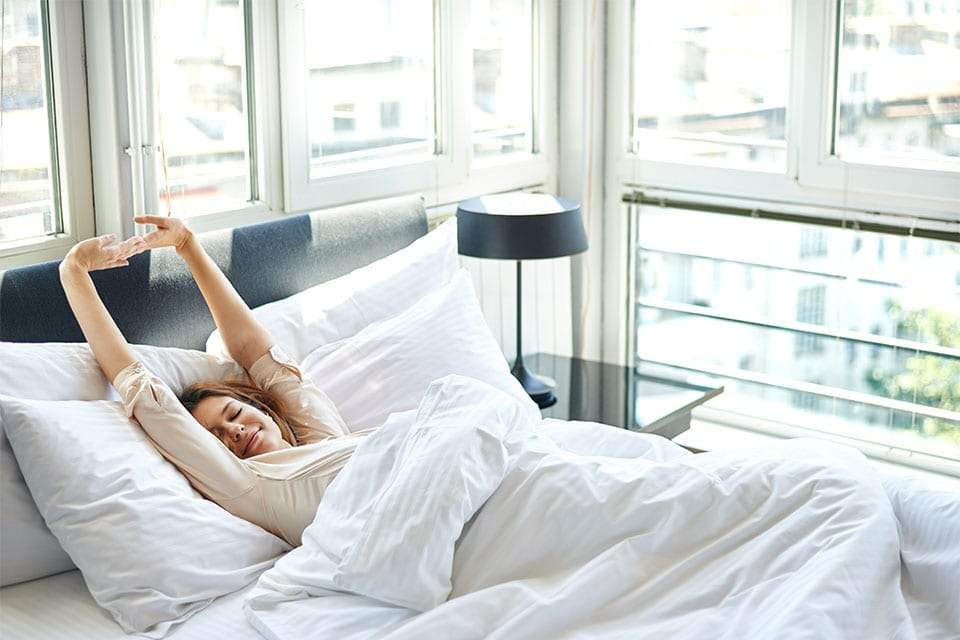 CBD has come on the health scene in a big way recently because of its many positive effects. Now that it seems to be taking center stage, many of you are asking great questions with a desire to be well-educated. So let’s dive in.

What is CBD? It’s short for cannabidiol, an oil extracted from Cannabis sativa, a species of plant with many varieties and characteristics that have been shown to have a positive effect on mood, sleep, aches and pains, and more.

Promising CBD research reveals it has the ability to safely and gently influence receptors in the brain associated with mood and sleep.

As a wellness explorer committed to being on the leading edge of scientific discovery, I’ve followed CBD research for years. And now I take CBD every night.

Here’s a look at everything you need to know about CBD and its possible effect on your health and wellness.

CBD, the most common cannabinoid in hemp (a cousin of the marijuana plant), is one of the 104 chemical compounds called cannabinoids. [*]They’re found in cannabis (called Cannabis sativa), and in fact, it’s the second most prevalent of the active ingredients of cannabis.[*]

CBD is a part of the makeup of medical marijuana. It’s natural-occurring, has low toxicity, and has been deemed clear of public-health problems by the World Health Organization.[*]

Even though they’re both in cannabis plants, they do not have the same effect.

Hemp-based CBD oil is derived from the leaves and flowers of the female hemp plant—a highly fibrous type of cannabis with more than 50,000 uses including clothing, rope, paper, protein powder, and body care products.

When something is operating outside of the right range, your body activates the endocannabinoid system to help correct it. Endocannabinoids bind to these receptors and help regulate components of homeostasis, including pain management, mood, heart health, immune function, sleep, and more.[*]

Now, CBD doesn’t directly bind to either C1 or C2. Instead, it prevents an enzyme within the body from breaking down the body’s own supply of endocannabinoids. In some people, this enzyme may be overactive, or the body may not be producing enough endocannabinoids to maintain effective homeostasis; so CBD can help to elevate the number of cannabinoid molecules in circulation.[*]

Research is showing that CBD benefits a number of aspects of health. These are the main ones:

Cannabinoids produce a calming reaction by binding to certain regions of the brain, such as the emotional control center called the amygdala. In one study, people with social anxiety issues were given 600 mg of CBD for anxiety (or a placebo) before a public-speaking test. Those who took the CBD experienced significantly reduced anxiety.[*] Other research shows improvements in sleep, as well as having a calming  effect on the brain.[*][*]

When you don’t have enough endocannabinoids, that increases inflammation. And that can be a contributor to everyday aches and pains. But when the cannabinoids bind to C1 receptors, that can help reduce discomfort by triggering a cellular process that helps the system manage inflammation.[*] In one study,  those who took CBD for for five weeks saw improvement in discomfort and quality of sleep.[*]

When you normalize the levels of endocannabinoids, it can help normalize appetite (which can be a problem for people experiencing extreme stress or appetite-changing conditions).[*] Recent studies have shown that CBD can influence weight by interacting with CB1 and CB2 receptors in lymphoid tissue and even the brain. These receptors are thought to have a connection to our body’s metabolism and food intake.[*] In addition, animal studies have shown that CBD can decrease body weight and even slow down hunger.[*][*]

CBD oil may be able to help improve sleep quality because of the way it helps the endocannabinoid system regulate itself. The thinking is that because it helps regulate both mental and physical stress, the effect on sleep is significant—as it helps calm the nervous system to improve its ability to help you get quality sleep.[*] In one study in people with sleep issues, CBD improved sleep time and decreased the number of times that people were woken or disturbed during the night.[*]

The Best Dosage for CBD

You can take CBD orally (place under the tongue) or ingested in capsule or powder form. Dosage requirements can vary according to the health condition you want to improve, so a discussion with your doctor might be helpful. CBD can also be added to ointments and lotions for topical use or inhaled with a vaporizer. The method of ingestion plays a significant role in how quickly CBD enters the system, with vaporizing being the quickest and most efficient.

As interest in CBD continues to grow, we’re sure to see more research be conducted. Early indications of health benefits are promising. Thank you for joining me on this journey to create clarity and conversation around this often-misunderstood topic.