Intermittent Fasting: A Guide to Weight Loss and Total-Body Benefits 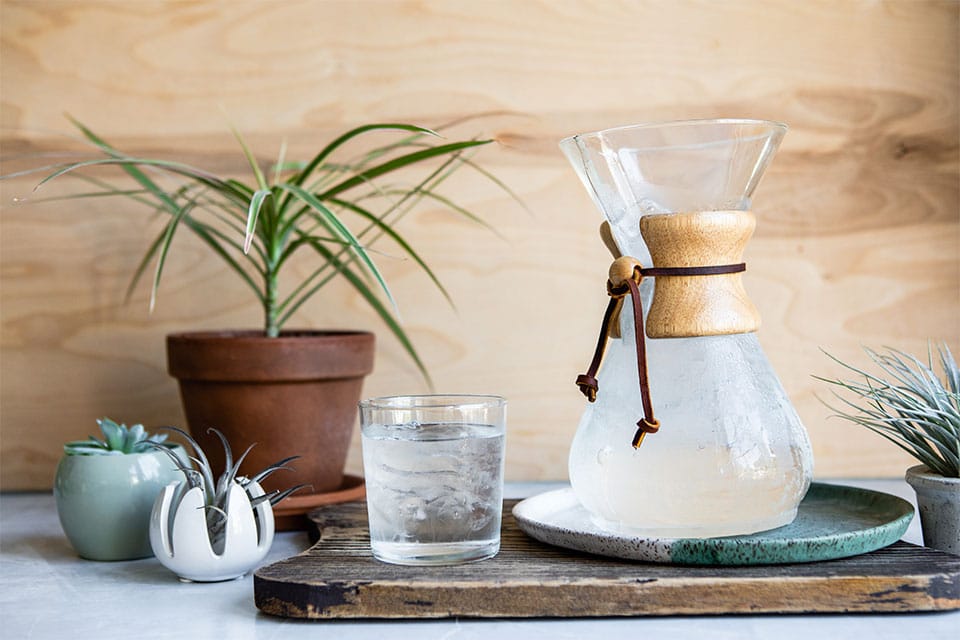 Intermittent fasting is the practice of shifting between short intervals of restricted eating. In practice, this works by giving your body periods of calorie restriction—a time in which your body is not getting any calories (which gives your cells a chance to re-charge and repair). One common way to do it is by simply skipping breakfast, which basically means that you would fast for 16 hours (though the practice has many variations). There are many reported benefits of intermittent fasting, including that it can help you lose weight and make your risk lower for a variety of medical conditions.[*]

I practice intermittent fasting, as well as protein cycling, as part of the keto lifestyle. And I love the way intermittent fasting makes me feel. I can feel increased—and steady—energy all throughout the day. It helps me maintain my weight. That also has a lot to do with the other foods I eat, and making sure to eat fat as part of the first thing I eat every day. Now, you probably have heard a lot about fasting, and it may even scare you a bit. Not eat? For 16 hours at a time? I know how you feel. It feels like it could be a stomach-growling, mad-at-the-world challenge to undertake. But it’s really not, when you consider that a large portion of that time can be when you’re sleeping.

What is Intermittent Fasting?

Lamps, computers, and crazy relatives aren’t the only things that need an on-and-off switch. Your body needs one, too. That’s because the inside of your body via your cells needs time to clean up and repair itself (that’s autophagy). Most of us, however, spend our days in a constant state of eating (not literally every minute of the day, of course)—from the time we wake up until the time we go to bed and quite a few times in between. When you’re eating, a couple things happen: Your digestion systems are always revving, for one; and you’re also pumping your body full of glucose for your body to use for energy as fuel. Your body works hard to process it all. But your body—like you in the middle of a hard day—sometimes needs a break. This break involves eating and not eating for a period of time. That cycling between calorie intake and no calories at all is intermittent fasting.

When you go through extended periods without food, your body reacts to that in a number of ways.[*]

What is Protein Cycling?

To me, “protein cycling” and intermittent fasting go together like dark chocolate and red wine. Perfect partners. Protein cycling is the practice of alternating between periods of low protein consumption and normal to high protein consumption. The reason you want to under-eat protein on some days of the week is similar to why you want to start intermittent fasting: it all comes back to the dance between glucagon and insulin. Lowered protein intake means lowered insulin levels and higher glucagon, which means you’ll activate autophagy. Since your body can’t make its own protein, if you don’t eat it (or eat enough of it), then it’s forced into recycling its existing proteins. This recycling activity is a fundamental task of the autophagy process.

Fasting can increase the diversity of bacteria in your gut, which is important for your immune and overall health.[*] A healthy gut microflora is pertinent to digestive health which directly influences your immune health, your hormones, neurotransmitters, nutrient status, mitochondrial function, adrenal status and most importantly, whether or not your inflammatory response works for or against your health.[*][*]

Researchers observe that fasting pushes you to produce more chemicals (like brain-derived neurotrophic factor or BDNF) that tell neurons to grow and speak with other neurons.[*][*][*] BDNF can lower oxidative stress and inflammation, reduce your resting heart rate, and likely boost your brain power. In addition, scientists now better understand that brain cells respond to short-term food restriction with an increase in autophagy (remember, it’s your cellular clean-up system).[*]

Other studies have shown that fasting can reduce brain inflammation, protect neurons from memory deficits caused by damage to the hippocampus, thicken the hippocampus with better learning performance, reduce plaques associated with Alzheimer’s, and more.[*][*][*][*]

By supporting balanced blood sugar and improving insulin sensitivity, fasting reduces brain cell damage from glucose (glycation). When you fast intermittently, insulin levels go down (thus decreasing insulin resistance) and glucagon goes up which has been shown to have benefits like increased metabolism, more energy, improved mood, and weight loss.[*]

Intermittent fasting for weight loss – One study with over 300 obese adult participants concluded that eating or skipping breakfast had no connection to obesity.[*][*] Other studies have suggested that skipping breakfast can actually be an effective weight loss tool for certain people. Another study of obese women undergoing intermittent fasting for 6 months saw subject burn fat with a reduction on average of 14 pounds,[*] while another study sound that that overweight subjects lost 8% of their body fat in 8 weeks of intermittent fasting.[*] Other research has shown that it can improve muscle mass as well.[*]

Several animal studies have found promising results on the potential lifespan-extending effects of fasting.[*][*] For example, when rats were put caloric restriction/intermittent fasting schedule, the study showed that the mean life span of the fasting group represented an 83% increase over that of the other group.[*] And another study showed that mice fed 60% of normal caloric intake or that underwent intermittent fasting lived from two to three times longer than their paired full-fed mice.[*]

In the 1700s, founding father Benjamin Franklin—also known for his health acumen—said, “The best of all medicines are resting and fasting.” He knew it before science gave us insights into the benefits of fasting, but he wasn’t the first: Billions of years ago, organisms had to respond and adapt to starvation conditions—meaning that our bodies have evolved to figure out how to best utilize these periods without fuel.

Some have made the argument that cultures from the Middle Ages considered breakfast a form of gluttony. And fasting, as you likely know, has also been a foundational part of many religious practices, such as Jewish people fasting for 24 hours on Yom Kippur and Muslims practicing fasting during the holy month of Ramadan. Fascinating studies have been done on Muslim people, showing that periods of fasting are related to reduced markers of inflammation and heart disease.[*] (Researchers have also found increases in energy for fasting periods, which may not be what you would expect.)[*][*] In addition, fasting has been used as a medicinal tool to treat chronic conditions such as type 2 diabetes and other metabolic disorders such as obesity for hundreds of years.

How to Practice Intermittent Fasting

Like coffee orders and phone cases, choices for how to do intermittent fasting are seemingly limitless. One kind if the 5:2 or 6:1 approach, which means you eat normally for five or six days and then have fasting days. For the other one or two days of the week, you reduce calorie intake to about 500 calories a day. Another kind is the Eat Stop Eat method, which is doing a 24-hour fast for one or two days a week. I, however, prefer the 16:8 method, because I think it is not only effective but is also the most reasonable to manage (a recent study shows that it’s likely easier to follow than other protocols).[*]

This means you eat during an 8-hour window during the day and fast for 16 (including your sleep hours). This is the one I practice and talk about in-depth in my book, Glow15. When doing it, the only thing you need to really think about is skipping breakfast and not eating late at night; that’s what gives you your 16-hour fasting window.

Research also shows that 16 hours is the optimal amount of time for creating the caloric restriction that happens during fasting and to activate autophagy.

If you have a medical condition, you should consult with your doctor before trying intermittent fasting to make sure side effects of adjusting to a new way of eating don’t have influence on other health issues.

This applies especially if you:

It’s natural to feel intimidated the first time you try something new Here’s a simple way to get started: